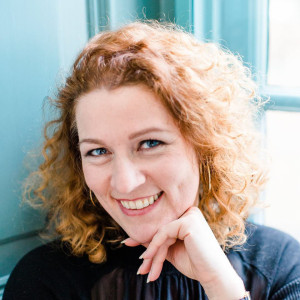 Then she joined the opera studio Nederland for one season. Martine made her operatic debut while still studying in Il trionfo di Camilla by Bononcini. A production of the old music festival Utrecht and conducted by Jos van Veldhoven.

Back in Holland Martine sang the role of Bianca (rape of Lucretia) under the baton of Richard Bradshaw, Oresteia by Xenakis and Daughter in the opera Akhnatan by Phillip Glass.(muziektheater Hollands diep)

At the Nederlandse opera Martine sang parts in Writing to Vermeer by Louis Andriessen (Amsterdam and New York) and Reves d`un Marco Polo by Claude Vivier (directed by Pierre Audi).

On the concertstage Martine was a guest at the Brabants orchestra (three Shakespeare songs by Ton de Leeuw) and Die Fledermaus. For the Nederlandse Bachvereniging she sang in Haendels Israel in Egypt with Paul McCreesh. Other orchestra`s Martine has worked with are Het Gelders orkest, Holland Symfonia en het Concertgebouw kamerorkest.

Recently she was invited to sing a tour of the Verdi requiem with het Zeeuws orkest. This season she will sing the mezzo part in The dream of Gerontius by Elgar. Martine is very much in demand as an oratorio singer in the Netherlands and has built up a broad repertoire that stretches from Bach to Britten. In the summer of 2014 she sang the role of Carmen in the Netherlands as well as the role of third lady in Mozarts magic flute for Opera Classica Europa.